Wok Box at 818 Hamilton Street, will be first in the Lehigh Valley. Cityline Construction of Allentown property.

In the wake of PPL Center’s opening, downtown Allentown has welcomed a slew of fast-casual eateries — from coffee havens Starbucks and Tim Hortons to cheesesteak chain Tony Luke’s.

Now, foodies can salivate over another such chain, Wok Box Fresh Asian Kitchen, which is expected to open by April at 818 Hamilton St., according to Brandon Zimmerman of Lower Macungie Township, who will operate the eatery with David Greenstein, Syed Ahmed and Syed Hassan.

The space was previously occupied by Fegley’s Burrito Works and Coffee Works, which closed in 2014 after a fire.

“We’re happy to be part of the downtown rebirth and look forward to a long relationship with Allentown!” Zimmerman said.

Wok Box, expected to seat around 75 inside and 30 outside, will be part of the Canada–based company offering made-to-order food from 10 Asian countries, including China, Japan, Vietnam and Malaysia. It will be the company’s first location in the area.

A couple of months ago, the four business partners signed a master development agreement for 50 stores throughout the mid-Atlantic region — specifically Pennsylvania, New Jersey and Delaware.

They agreed to open three locations, at least two of which will be in the Lehigh Valley, themselves. Other locations that are being considered include a strip mall space inside the Giant shopping center in Trexlertown and the Madison Farms complex in Bethlehem Township.

As part of the master development agreement, the partners plan to sell franchises to other franchisees, Zimmerman said, with about half expected to open in Pennsylvania and no more than seven in the Lehigh Valley. 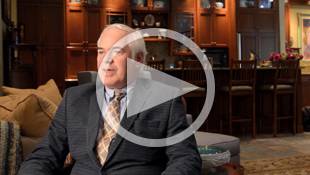 "...They act as a real advocate for their customers."

Insurance claims can be a headache after losing your home to a disaster. Cityline handles the paper work, reducing the stress on you. Watch Video