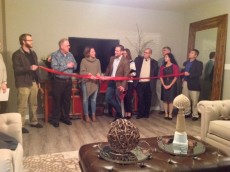 Cityline Construction of Allentown marked the completion of a $3.5 million condo project in Coopersburg with a ribbon cutting Thursday night hosted by the Southern Lehigh Chamber of Commerce.

The company built 23 upscale condos on the nearly 4 acre site designed by Portner and Hetke Architects of Emmaus.

According to a news release, T.S. Cooper, a cattle merchant whose grandfather lent his name to the borough, founded the property at 600 S. Main St. and built his estate on the site in the 1880s. About a decade after Cooper died in 1928, the Sisters of the Sacred Heart acquired the property to operate a school and orphanage. The home shuttered in 1974, and Pinebrook, a religious school, bought the property, offering classes and housing students there until closing in 1992.

Cityline bought the property in 1997 and later subdivided it into several parcels, the now-refurbished Cooper mansion, the caretaker’s house, the carriage house, and the college buildings.

“We feel we have built a community that is reflective of the location’s rich history and natural surroundings,” said Thomas Williams Jr., real estate director of Cityline Construction. “I think because it’s a property in an older borough, it has a very quaint sense to it. We tried to make it a community someone would want to be in. It has a lot of charm to it.”

The prices range from $230,000 to $260,000, Williams said. A few condos are under agreement of sale and quite of few people are interested in leasing them, he said.

The style is very modern, he said, with features that include updated countertops, kitchens, stainless steel appliances and an open concept for kitchens. Sizes of the condos range from 1,400 square feet to 1,700 square feet. Parking is also available on the property.

“We wanted to do a property that was underutilized in Coopersburg Borough and make it something the borough wanted and grow a community around it,” Williams said. 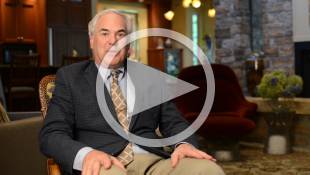 "...We have a beautiful new home because of Cityline."