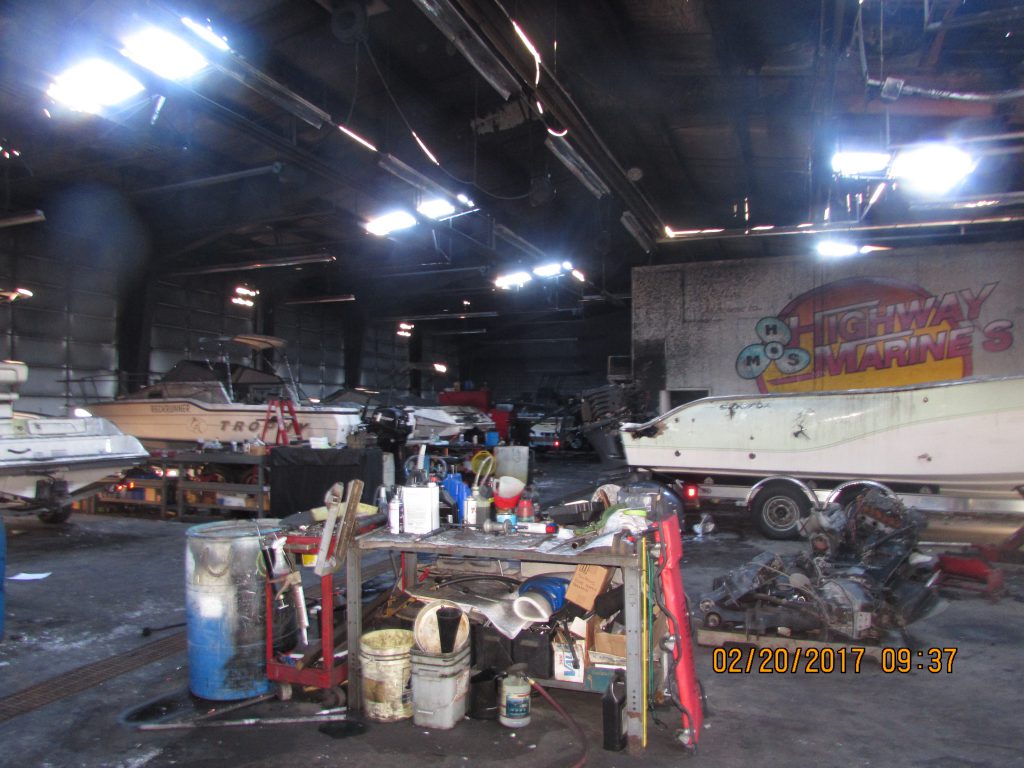 On Sunday 2/19/17 a fire started in the warehouse of this highway marina. One of the boats in the shop caught fire, engulfing the entire boat and creating a massive flame. The flames from the fire jumped onto the ceiling, resulting in a much greater problem. The fire attacked the ceiling and the roofing creating fiberglass laced smoke that billowed out into the rest of the adjoining buildings.

In the show room, the fiberglass laced soot wore through most of the spare parts and new items the store had in stock. The soot also did a number to the boats on display. Thankfully there was no one in the building at the time of the fire. All of this left the marina in a tricky situation regarding how they would handle the next month. They contacted Cityline Construction for help. 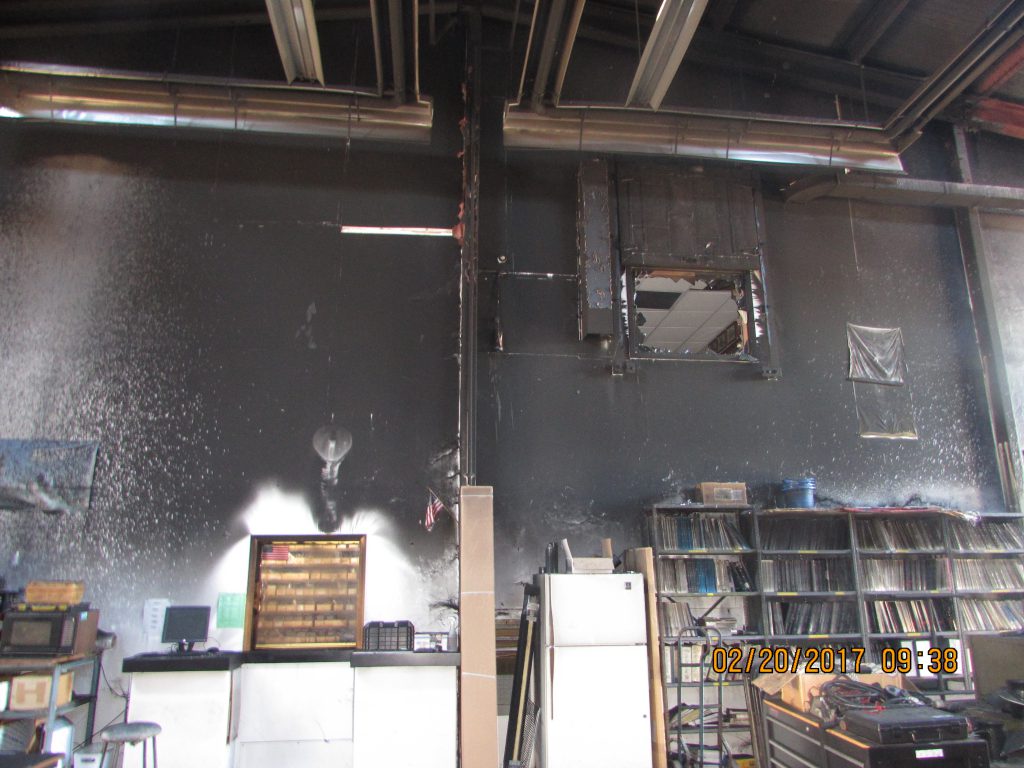 We responded that day to assess the extent of the damage to both buildings and to patch up and prevent any further damage. After we determined the right course of action we got to work. Our priority was to clear out the storage building of all the large building materials. Next our crews went to work on patching up and weatherizing the building. By doing this we prevented any  weather-related damage from occurring. *** UPDATE: Based on the weather it is a good thing we did this as a sizable rainstorm ran through the valley only 6 days later! *** 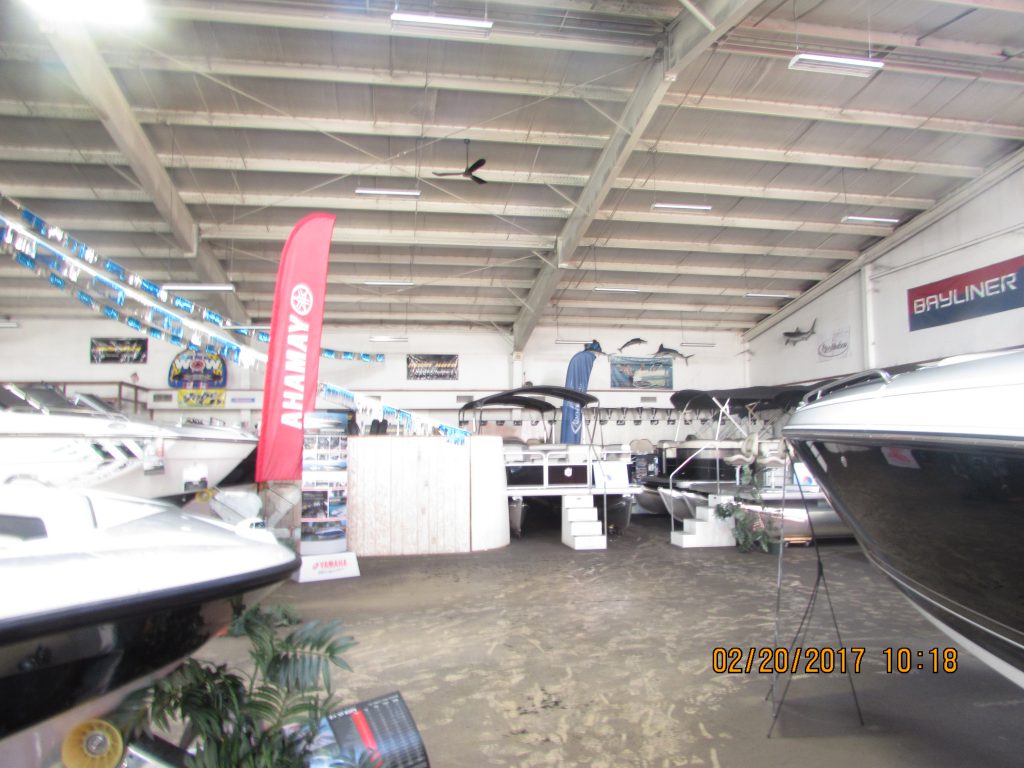 The smoke damage to the roofing was quite extensive and affected the entire building complex as the soot had penetrated deep into the roofing insulation. To prevent any future problems with smell and health it was imperative for us to remove the roof to ensure that the building is safe for all employees and customers.  Our crews began the deconstruction process on the building, removing all the damaged materials and making sure what could be salvaged, was salvaged. The fire was initially estimated to take the shop out of business for at least 15 days as all deconstruction work and inspection work was happening. With Cityline running the show, that number was brought down to just 2 days.

We helped to convert one of their spare on-site storage buildings into a repair shop for the business. We accomplished this by building the HVAC machinery required for the conversion. This created a circulation of air so their crews could work in the building. 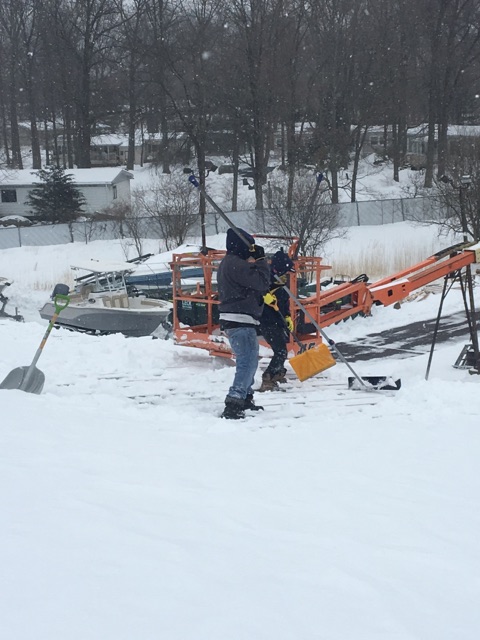 Along with our restoration services, we also had to provide our snow removal services for the Marina. Snow Storm Stella blew into the region March 12th and dumped a little over a foot of snow on the area. Thankfully this was a week before their planned sale-bonanza and we were able to clear out the lot in time for the event to be held.

It is important that for each and every one of our clients the impact of the fire in minimal on their daily lives. For the Highway Marina, this meant keeping the impact on their daily business to a minimum. To help them meet this goal we brought in portable offices with computers, electrical setups and internet so they could keep their business open. We worked hand in hand with the owners of the business to make sure that the offices had everything they needed. By doing this we are helping this marina stay above water as the next wave of eager customer’s docked at their shores for the upcoming boating season.