What Happened: In the prime of the busy season, a fire started in the grease shoot of the kitchen. It eliminated the entire kitchen and the basement lounge suffered water damage from the sprinkler system. The fire spanned from the basement to the roof, damaging offices that were located on other floors besides the restaurant.

The Cityline Solution: An internal room was built around the damaged portion of the kitchen to open the remaining portion for cold prep, while cooked food was provided from Brew Works Allentown. The kitchen was replaced and the entire cook line was reengineered to meet current and future needs. The cooking process was improved and preventative measures were put in place. The entire three-story building was restored, including the offices surrounding the restaurant. 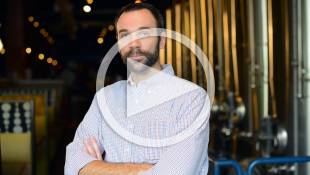 "...We knew with Cityline that we would be made whole."

When Bethlehem Brew Works was stuck with a debilitating fire at the height of their business, Cityline stepped in and kept their doors open through the holiday season. Watch Video